More than two weeks passed and I only left Seoul a few times for day trips. It’s been the longest period I spent at the same place within the past eleven months.

Of course, it was a deliberate choice mainly because pedaling more kilometres in Korea didn’t give me much excitement anymore and I severely lacked motivation.

Thus, rather than cycling I tried to do things that don’t get one’s fair share when sitting on the bike all day long, i.e. connecting with people, playing a bit beach volleyball, sightseeing, etc. And I also got plenty of time to think and research what’s coming next. What is the outcome? Well, I’ll say this much that I am going to accompany my brother back home to Germany on the 22nd of September. Hence, the upcoming month in North India is going to mark the end of this trip. And I am sure it is going to be a grand finale with passes as high as 5000 m, stunning mountains and my brother!

Apart from that I also had time to get done some essential duties, like arranging the India visa (what already required 7 days) and preparing my bike (most importantly I fixed my leaking rear break) and equipment for the last leg.

Now, the few occasions I left Seoul were for a bike ride, the visit of the near Bukhansan National Park, and, of course, a trip to the Demilitarized Zone (DMZ), i.e. the border to North Korea.

The Bukhansan National Park is situated in the close vicinity of Seoul. It is actually almost accessible by subway (for just about an Euro) and probably already in that respect quite unique. Being that close to so many people, some routes are supposed to be one of the most frequented hiking trails in the world. A fact that, for instance, had not gone unnoticed by outdoor brands as the scores of outdoor stores at the park entrance testify. Almost every famous brand is present there. However, thanks to the hard-working Koreans, surprisingly few people were around there at a morning on a weekday. Very few pensioner, three pupils recording themselves singing on the top what is supposed to be their homework and an American who gave me some company.

The organised day trip to the North Korean border turned out to be interesting, too, of course. The border is just about 50 km north of Seoul. The area around the DMZ is ironically one of the most heavily armed regions in the world. Only the strip within 2 km north and south of the demarcation line is empty apart from a whole lot of landmines and a sprawling wildlife. Guided by a South Korean telling the stories (she once met a North Korean in Paris but fled from her – a result of the undeniable indoctrination in South Korea) and giving the facts (e.g. North Korean men have to do 11 years of military service, etc.), we crawled into a tunnel underneath the DMZ dug by North Koreans (one of 7 so far discovered tunnels), paid a visit to the last train station of the train line that eventually ought to lead to Pyeongyang, and looked into North Korea from an observatory.
However, I can’t help to describe the professionally organised touristic activities as kind of bizarre. A reality history show set up in order to entertain scores of tourists. However, that million of people are suffering and destinies are affected remains impalpable, especially having in mind that there is this bustling and wealthy city of Seoul just behind you.

And here some photos of the past two weeks: 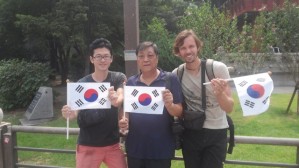 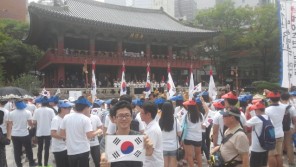 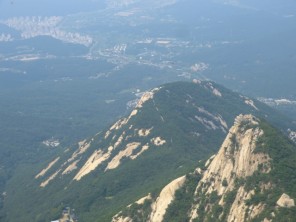 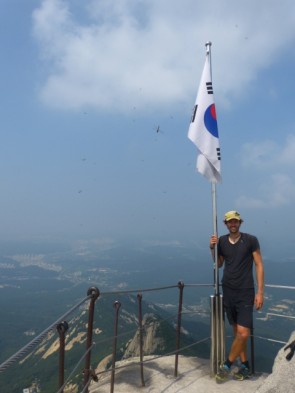 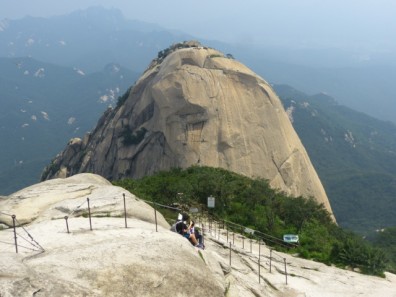 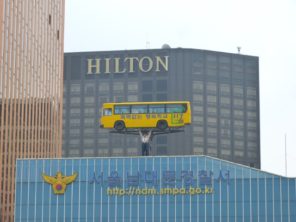 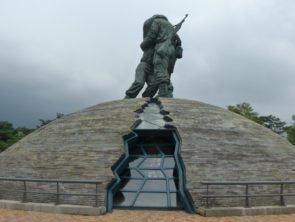 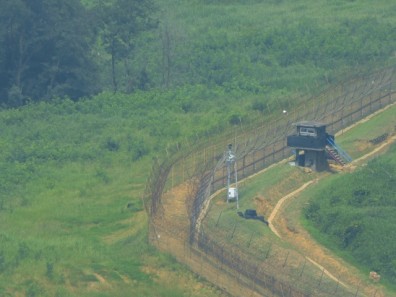 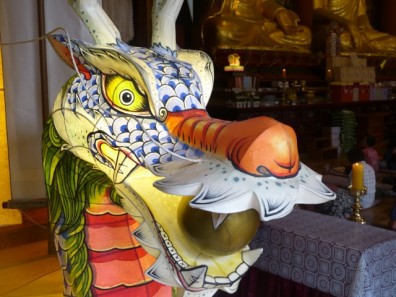 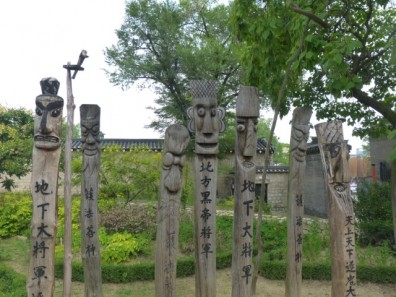 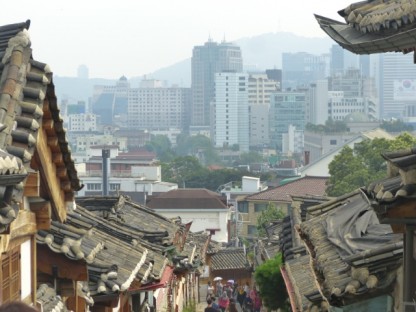 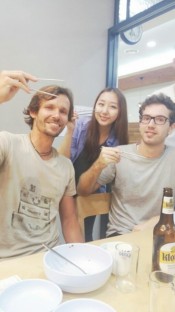