Annoying visa matters urged me to pay Seoul an early visit. Soon after I left Jeju island I (re-)realized that the issue of an India visa takes a minimum of 8 working days or so. Since the flight to New Delhi is already fixed I don’t want to take an unnecessary risk and finally decided to head straight for Seoul.

Apart from a visit to the rocky and neat Wolchulsan national park where I spent a few hours hiking, a couple of hundreds of unexciting kilometers lay ahead of me. Consequently, for not much else to do I simply spent the most time pedaling, first on relatively empty and straight ‘Autobahn’-like four-lane roads, later on cycle paths again. Each day I logged considerably more than 100 km, the longest day with 175 km. The temperatures where high and I was  sweating literally nonstop. Only from midnight to early morning, when the temperatures at least dropped to 27°C or so, I got a sweat-break. The only source of motivation was actually just logging one kilometer after another in order to make good progress. Interestingly, I enjoyed it somehow.

Admittedly, I wasn’t masochistic enough to cycle to Seoul incessantly and took a day off in Daegu, another big and ugly city. A BBQ in a hostel at the first night helped to regenerate quickly from a long day of cycling and the subsequent stay with James and Katy reminded me of the joyful anticipation of planing a future cycle-trip  – they want to cycle back home to the UK one day. They are a lovely English-teacher couple I contacted via warmshowers and had interesting stories to tell about their work experiences in Korea. I’m now slowly beginning to realize that the Koreans indeed live a slightly restless life (e.g. limiting themselves to three days of vacation a year!!).

Finally, the boring cycle path mainly along rivers to Seoul had something to be said for that. It is probably the most convenient and stress-free way to enter such a huge urban area. With the increasing number of buildings also more and more fancy dressed cyclists on expensive bikes populated the cycle paths and I took childish pleasure in overtaking them with my loaded bike.

Some impressions of my way from Jeju island to Seoul: 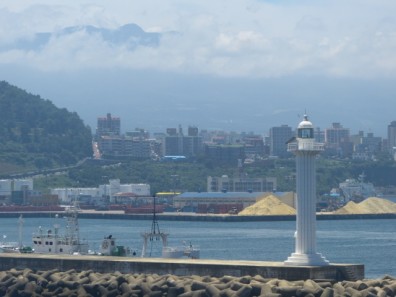 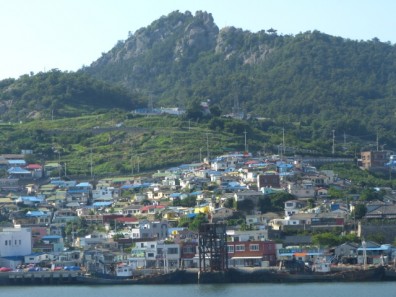 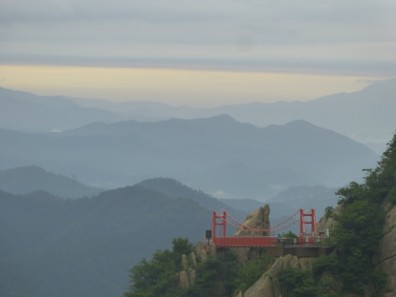 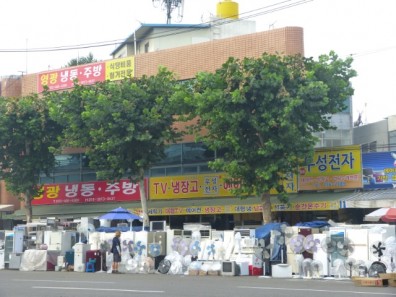 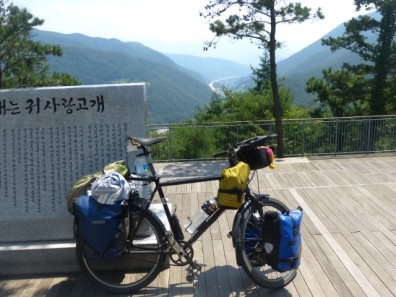 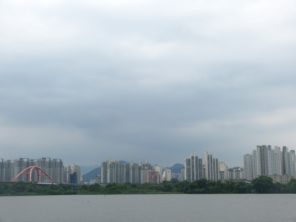 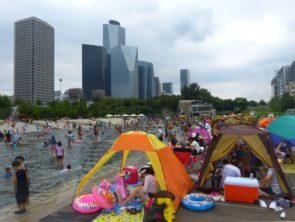