My excursion to Jeju island indeed freed my mind as far as possible from the nasty brooding of the first days of cycling alone in Korea.

The company I got on the 5 hours ferry ride as well as in the hostel in Jeju city – while sitting out a day of rain –  ensured sufficient distraction and chased away most negative thoughts. Moreover, I’m now about to develop a different attitude towards the solitude. Solitude can actually be a good thing, too. Hence, I decided to embrace the solitude instead of fighting it. “Don’t be scared to walk alone, and don’t be scared to like it.” And, in the end, I might feel lonely from time to time, but I am not alone at all.

Of course, Jeju was more than just a treatment of my feelings and I got to see quite a few things, too. Well, considered individually they were not outstandingly exciting but in its sum they made it a worthwhile trip. Jeju is stones, stone statues, many small volcanic craters, one very prominent volcanic crater right in the middle, some beaches, ragged lava rocks at the coast, temples (of course), insinuations of ancient folk villages, and a lot of other attractions that are not necessarily related to the island itself but help to keep the scores of Korean tourists happy, e.g. the teddy bear museum, the love museum, go card tracks, golf courses etc..

However, while I did a little loop around the island, I stick more to the outdoor and island-related stuff. That is, for instance, a stone garden housing also scores of Jeju’s famed stone grandfathers whose origin and purpose is not entirely clear (like with the eastern island statues), an uninteresting volcano crater in the inland and at the coast, a reconstructed folk village with thatch-roofed houses, the biggest temple in Korea, and the attempt to climb Mt. Hallan. The latter unfortunately remained just an attempt. Whereas the other two days were misty, with some showers now and then – the temperatures are high, so no problem with that – I was hoping for clear weather on the third day as the weather forecast promised. Almost right. Indeed, it was clear that day, but only after I was already descending the Mt. Hallan again. The trail, however, was closed 200 metres below the top anyway. It was a stormy day and the national park  management was worried about rock slides.

Whether these winds were actually related to the approaching typhoon, I can’t tell. But I know that it’s typhoon season and additional to the weather forecast I am also trying to watch the typhoon prediction closely. For that very reason, i.e. an approaching typhoon, was the ferry I took back to the mainland brought forward for a couple of hours.

Not typical for Jeju but well-known in entire South Korea, on Jeju I also got to know Bibimbap and Jjimjilbang for the first time. The former is Koreans stable food, “a mixture of shoots, leaves and vegetables on a bed of rice, flecked with meat, then topped with egg and spicy pepper sauce”. Quite delicious and healthy. Most likely the cheapest food on the menu, even though still quite expensive for me (about 4 Euro). The latter are public baths with hot pools, sauna etc. Interestingly, one can stay there over night – and many Koreans do – lying on the ground on thin mattresses for a reasonable price (about 7 Euro). What I liked most about it was the infinite supply of dry and fresh towels.

And herewith a selection of some Jeju-photos: 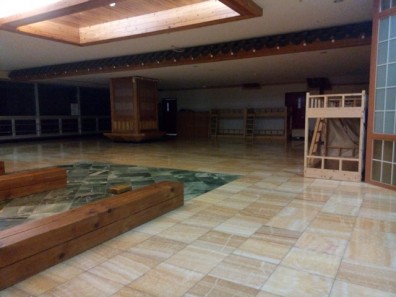 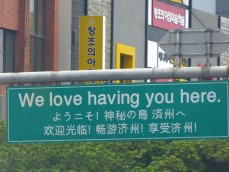 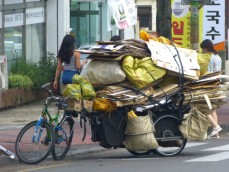 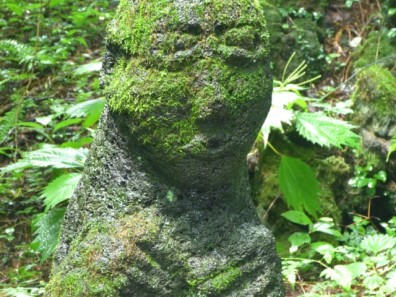 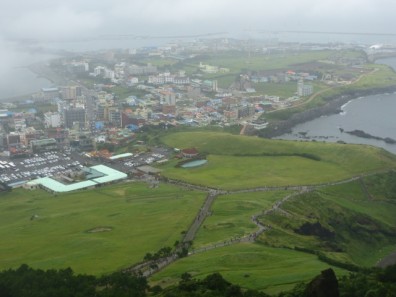 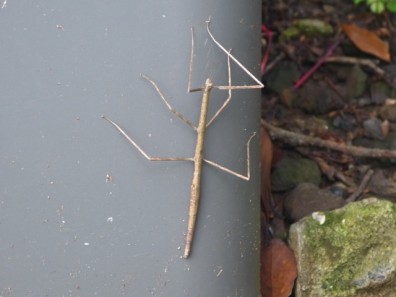 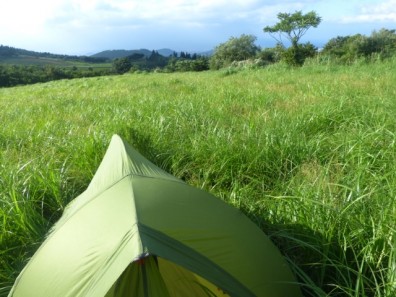 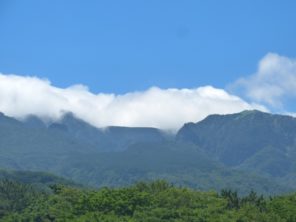 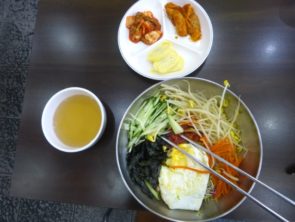