Both, Jela and I, have said goodbye to Japan now. Three days after Jela hopped on the plane home, I am heading for South Korea by ferry now.

However, before we left, we still had a couple of joyful and serene albeit pretty unexciting days in Japan.
After we climbed out of the Aso caldera, we added another little detour further south before we slowly made our way back to the northern tip of Kyushu, the city of Kitakyushu. We took it easy because considerable rain here and there didn’t boost our motivation much. The rain season finally caught up with us although it is supposed to be it’s end already. Relatively small passes with narrow winding roads in between – one of them steep enough that we preferred pushing our bikes up and down – consolidated the slow progress. However, these almost traffic-free and quiet little passes through empty undulating hills were in particular responsible for the tranquillity of the last days of cycling. Apart from that only very few ‘highlights’ lay along the way. Most notable the beautiful deep Takashiho gorge and splendid waterfalls close by. We tried to make the best of the unpleasant weather and, for instance, allowed us to stay at a cheap but good hotel including breakfast buffet in order to get over a day of rain or once visited again a sento-like bathhouse with sauna etc. for just about 2 Euro. Foreigners obviously weren’t a common sight there – especially that tall ones on bicycles – and we attracted a lot of attention.

Despite our moderate progress on these days we arrived in Kitakyushu still three days before Jela’s departure and made us ourselves comfortable in a three star hotel double room; we paid the same price as we would have paid in a hostel’s dormitory. A very good prerequisite for Jela to prepare her departure and just relax a bit.

Neither taxis nor the buses supposed to take bicycles, even packed ones, to the airport. Thus, we had to think of another solution to get Jela, her bicycle and the bike box to the airport. Finally, Jela simply cycled the 25 km while I took the bus carrying her folded bike box with me. That way I could even help her disassembling the bike and see her off.

On the bus ride back to the hotel – I was the only passenger – I finally realised with a little shock that I am suddenly on my own again. In that moment Japan felt far away from home. The last month, weeks and days I didn’t think much about this prospect and, hence, didn’t prepare myself well emotionally. We spent the last 6 month almost 24 hours every day together. Together we enjoyed tastes, places, views and situations, mastered hurdles and much more. It is no wonder that Jela’s departure left behind a undeniable void somewhere, somehow, deep down inside me. Everything else would be sad. Still, I have do cope with it, and certainly will; however, probably not in Japan anymore. Thus, after I fetched my stuff from the hotel I quickly packed my bike and left Kitakyuchu at once. A bit outside on a little pass, 300 meter higher up, I pitched my tent early; just in time before rain set in. Time to think. I was happy to leave Japan soon because everything is associated with the great time Jela and I had together here. That night, however, I found a bit consolation in a book I just started to read. A Brit on his three year epic journey – by bicycle, of course – throughout the world; the second volume covers his way through the Americas and back home via Asia including Japan. The reading revived the memories of the great bicycle trip with my brother down the Panam about ten years ago. Moreover, the frank and honest accounts of his struggles – for instance, with the brief emptiness after losing company – helped, too.

Now, with little time passed, I am again starting to appreciate the advantages of cycling unaccompanied. For instance the luxurious feeling having my tent for myself without the fear somebody (Jela) is stumbling over my stuff or the freedom of independent decisions, e.g. when to have a break, what to eat or where to sleep.

After a last pleasant night in Japan chatting over some beer with a crazy Japanese cyclist – Taro recently finished his nearly 4 year trip to Europe and back – I am now about to board the ferry, filled with excitement to enter a new country.

Last but not least a small selection of the very last photos in Japan: 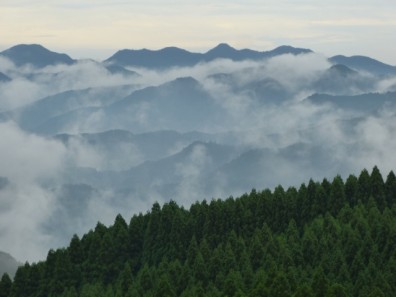 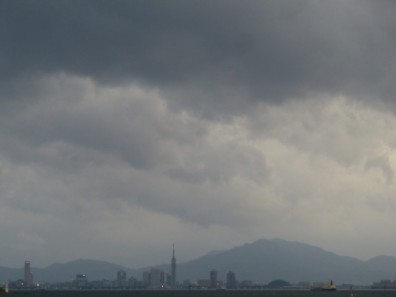 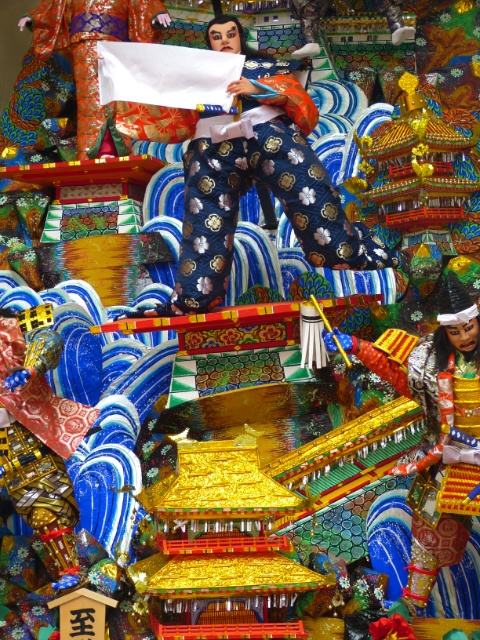